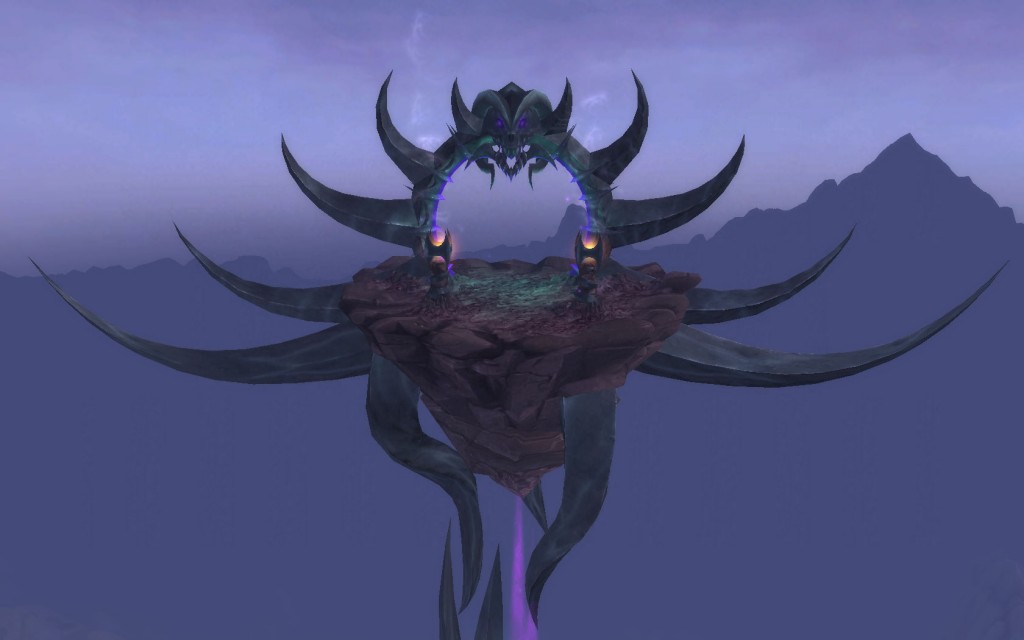 Halfus Wyrmbraker, ettin imbued with unnatural power and stamina by Cho’gall is the first boss in the Bastion of Twiligh and one of the easier to beat (both in normal and heroic difficulty). Our guide will focus on a 10 man normal version of the fight. This encounter is interesting because it changes each reset. One of the first things you’ll notice as you enter the chamber are enslaved drakes. Each week random three out of five of these drakes will be active and this will determine which special abilities Halfus will have (in Heroic mode all five are active).

Raid setup depends on the combination of active drakes and classes available to players. Some combinations of drakes are harder then others. In any case it should be similar to following :
Tanks: 2
Healers: 2-3
DPS: 5-6

From the start you want one of the tanks on Halfus and other tanking one of the drakes, drakes to consider releasing are Storm Rider and Nether Scion since they are the ones granting strongest abilities to Halfus. Whelp cage should also be opened at this point and they should be tanked by the same tank working on the drake. Using misdirect or tricks of the trade should make it easier for your tank to accomplish this. In the case of having Slate Dragon as one of the active ones your tanks will have to trade aggro in order to lose their stacked healing debuff. Another thing to look out for from the start is the ability granted by Storm Rider which is Shadow Nova, it does a lot of damage but can be interrupted. Assigning someone to this task is advisable in order to prevent the drake from casting it.

Stacking both Halfus and the adds in the same place will help you get the most out of your AoE abilities, this will allow you to deal with whelps in the shortest time possible since they have lower health than the rest. Next target to look for will be one of the drakes you released and all dps should focus on him, after he is dealt with all focus turns to Halfus and the hard part is over. Killing drakes will apply a stacking debuff called Dragon’s Vengeance on Halfus that makes him take 100% more damage, this should help you beat the enrage timer.

Once Halfus reaches 50% of his health he will start casting Furious Roar which he does 3 times in a row stunning the raid and dealing damage each time, this ability cannot be interrupted. After his third Roar he will attempt to cast Shadow Nova ability (only happens if Storm Rider was one of the active drakes). This can be very deadly since your healers will still be stunned and unable to heal you up in preparation for this. To avoid this have your mage blink through the last Roar and counterspell Shadow Nova. If no mage is available try using PvP trinkets.

Repeating this last stage until the boss is dead will lead to some shiny new epics (click here for full loot list) and much joy.